The Union Budget every year poses quite a few surprises for consumers and businesses both. This year, the Budget 2020 also had some announcements that took consumers by surprise. The Budget 2020 has affected the prices of imported goods, causing many products to become costlier.

This includes electronic products made for consumers, including household appliances such as AC and refrigerator. Customers will now end up paying 10% more on purchase of electronic personal care products as well as kitchen appliances.

The basic custom duty that is levied on such products has been doubled. While previously, the tax was levied at 10%, it will now be levied at 20%. The list includes products such as juicer, food grinder, epilator, shaver, room heater, geyser, electric iron, hair dryer, coffee and tea maker, oven, ceiling fans and toaster.

Additionally, the import duty levied on the components used for home appliances such as washing machines, refrigerators and air conditioner has been increased by 2.5%. The custom duty on compressors for air conditioners and refrigerators has been hiked from 10% to 12.5%, while the small motor used in products such as washing machines have been hiked from 7.5% to 10%. All of these tax hikes will lead to prices of appliances increasing by several hundred rupees.

If you are looking for the best AC in India, this is especially significant because its price is already high owing to the 28% goods and services tax it is subject to. While these measures have been put in place in order to boost indigenous industries of India under the Central government’s ‘Make in India’ scheme. However, the local manufacturing industry produces too little and most of these appliances are imported from abroad which makes the hike a matter of concern for most consumers.

With AC prices on the rise, it may be time to consider alternatives to keeping yourself, your family and your home cool this summer. Temperatures are rising across India and with summer close, they can only get higher. In recent years, air conditioners have emerged as the number one solution across the country for beating the heat. But with their prices on the rise, consumers should consider different ways of keeping their homes cool without relying on these machines. Read on to learn how:

There are several other ways that consumers can beat the heat without having to invest in air conditioners which are not only more expensive, but also lead to higher power consumption and resultant bills. 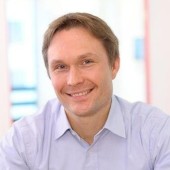 Skin secrets of Supermodel Karan “KO” Oberoi that might help you to attain glowing and healthy skin:

Why You Need To File GST Return?

What Is The Best Way To Get a Loan For a Used Car?